United fall at the second hurdle in FA Trophy

Dunston UTS earn 3-2 victory, as they brushed shoulders with Ossett United in a tightly fought affair in the FA trophy at the UTS stadium.

Following last week’s fiery match versus City of Liverpool, Ossett United were missing first choice goalkeeper Brett Souter due to suspension and new signing in goal Jacob Chapman, who joins on a one-month youth loan from Huddersfield Town, was given a baptism of fire. His goal was breached just two minutes into his debut as Scott Heslop put the north east side ahead with a simple tap-in. A double from fellow forward Mark Fitzpatrick including a dubious penalty decision was enough for The Fed to progress in this year’s FA Trophy. 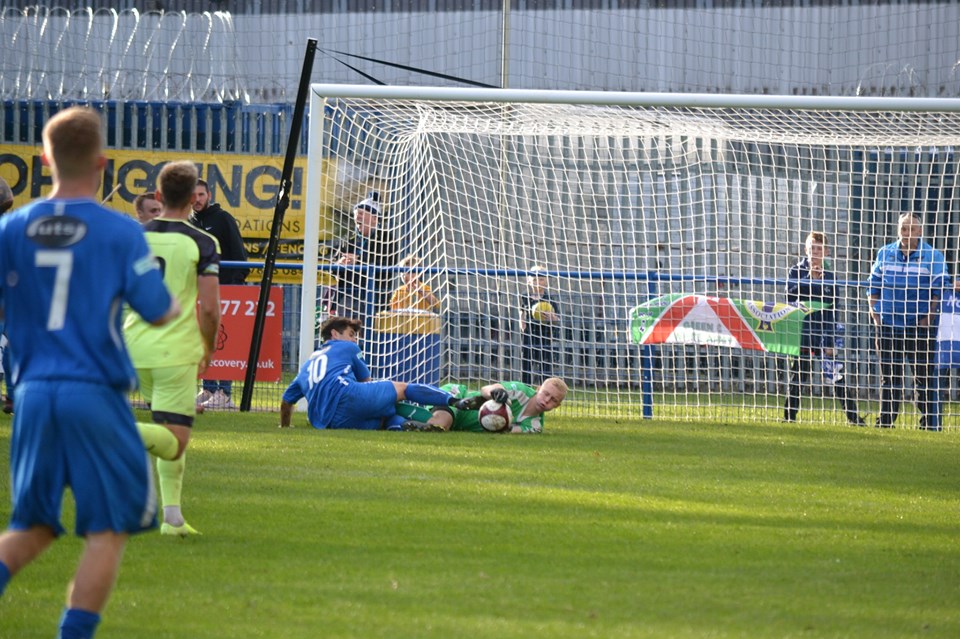 Ossett manager Andy Welsh would have been distraught with his side's start but would have been feeling elated with the response. Full-back Jack Vann showed his attacking capabilities when he managed to wrong foot Dunston keeper Niall Harrison, placing the ball into the bottom left hand corner after a superb dummy from Andy Monkhouse to draw United level just 7 minutes after the opener.

An entertaining game was taking shape, with both sides having chances including a header just wide from Jorge Sikora for Ossett United, as well as a wickedly whipped strike from Dunston captain Daniel Halliday, with the ball drifting just wide of the far post.

Ossett United failed to learn from their first half mistakes and just as the first began the second mirrored, as Dunston took the lead in the tie for the second time thanks to a header at the far post from Mark Fitzpatrick, the striker rose highest to nod past Chapman to put the home side in-front.

Superbly, Ossett United showed their resilience once again as Nick Guest brought the tie level. A silky flick over substitute Daniel Capewell meant the ball sat up nicely for the United man to strike from just outside the box past Harrison who was beaten by the power of the shot. 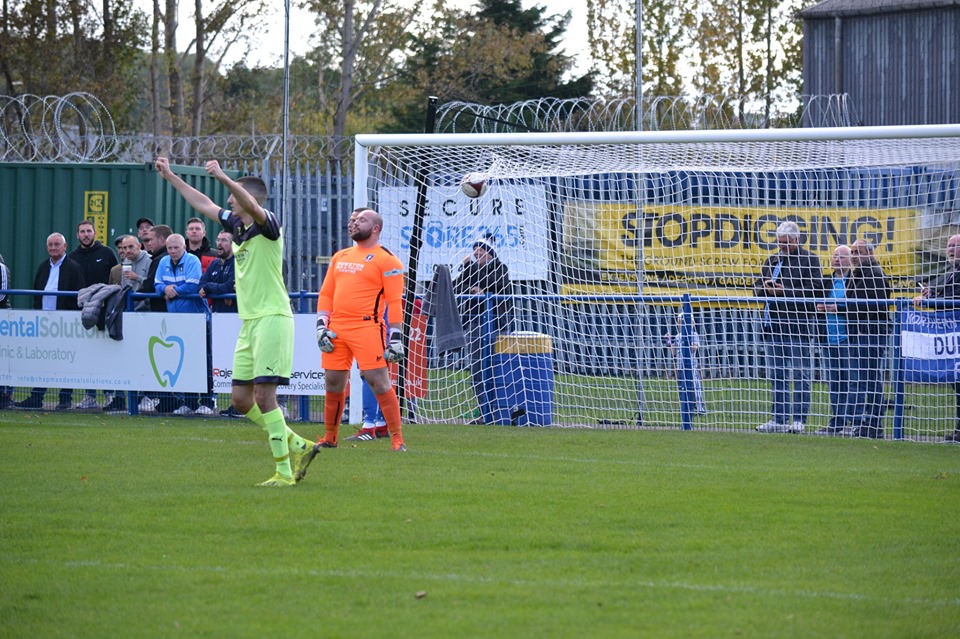 Dunston could have retained the lead once more, as Michael Pearson had the ball in the net, but it was pulled back for consecutive fouls by Heslop on United keeper Chapman.

Questionable refereeing decisions had cost Ossett in previous weeks and this match was no different. Chris Chantler, who was back in the side after recovering from a hamstring injury, was adjudged to of fouled Luke Page in the area; despite it appearing to of been a foul on the United man. Despite protests the referee Adam Nichol pointed to the spot and the penalty was converted by Fitzpatrick for his brace.

The final clear-cut chance of the game fell to United’s September player of the month Tom Greaves. Andy Monkhouse worked tirelessly throughout the match and the 38-year-old pushed forward in the final few minutes to play through Nick Guest who raced down the wing to put the ball on a plate for Greaves, but he struck the ball over from a matter of yards. 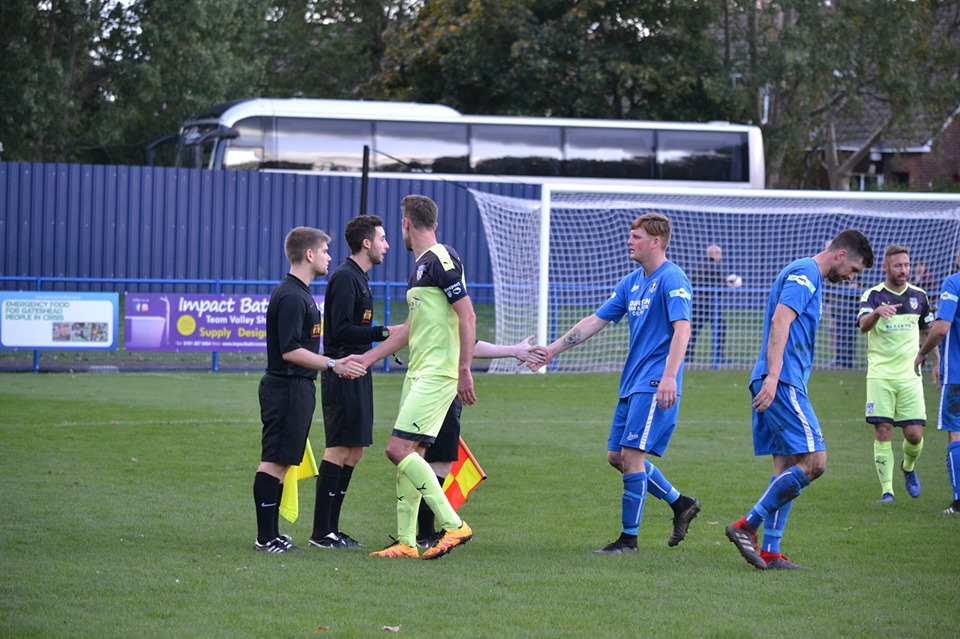 Success for Dunston means they progress through to the next qualifying round, whilst Ossett are condemned to their second loss on their travels in as many weeks. Next up for United is short away trip to Tadcaster Albion in the league (19th October 2019, 3pm kick-off), as they look to bounce back from 3consecutive games without victory.

Man of the match: Andy Monkhouse