Their side dominated proceedings against a team much higher up the BetVictor Northern Premier N/West Division but weren’t clinical enough to convert that into a goal.

That allowed Darius Palma to score the winner for Trafford, who were down to 10 men at the time after Lewis Salmon’s dismissal, while Ossett’s late comeback attempt was hindered by a red card in turn for Corey Gregory.

Marko Basic made his return to the club following a short spell away, and was lively early on as Ossett proved the better side for much of the first half. 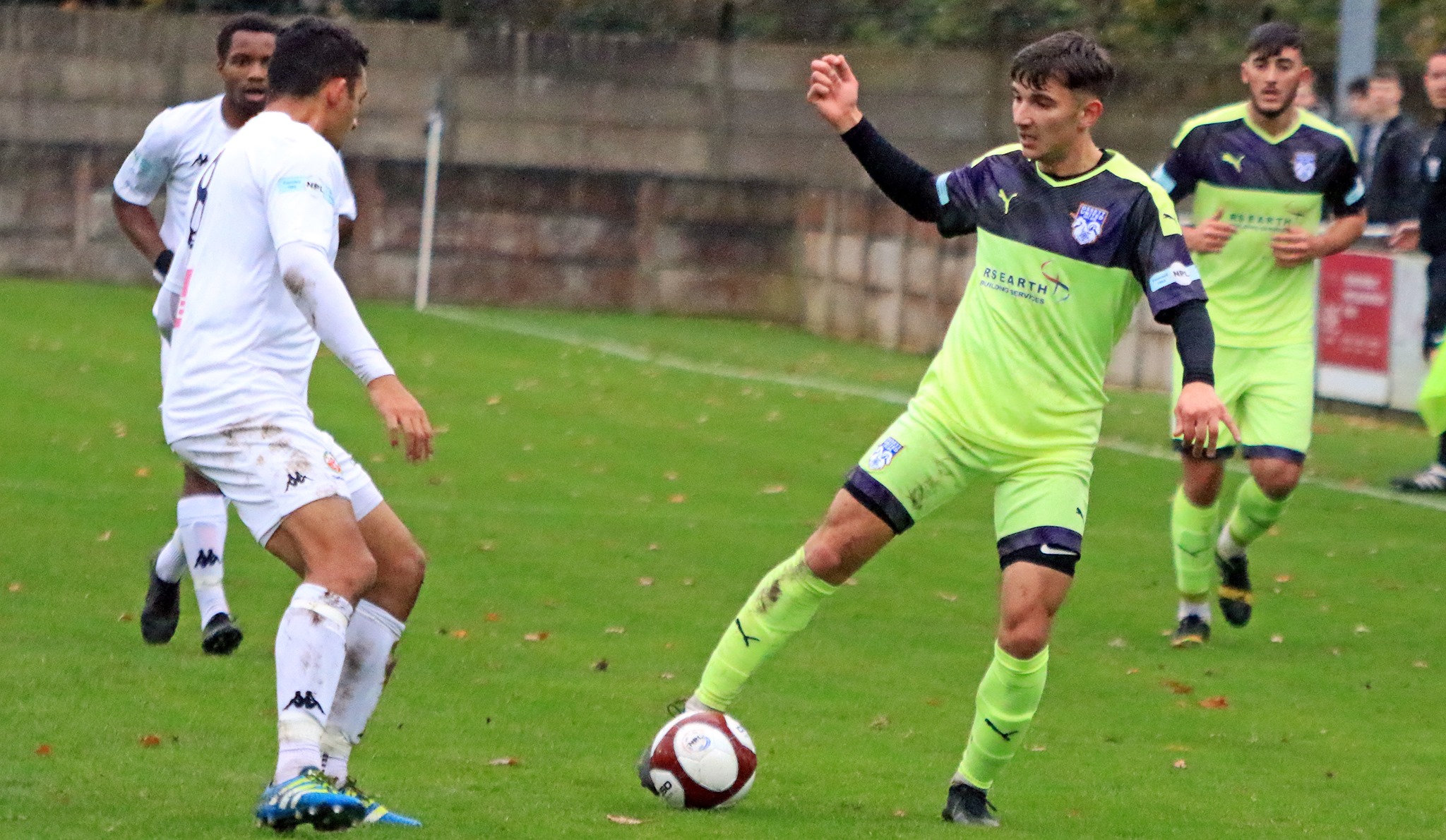 They were never troubled at the back although the best chances of their own came from distance. Aaron Haswell and October’s Player of the Month Jack Vann were both denied by Matt Cooper in the Trafford goal.

Cooper had a nervy moment when Greaves cut inside took aim from long range with an effort that moved in the air but was still only punched very awkwardly behind.

The second half started with two yellow cards that would later prove significant as Gregory was booked for a trip in midfield and Salmon was similarly punished for a late challenge on Knowles.

Ossett’s best chance of the game so far went to Nick Guest when he was found running in behind by an impressive Greaves through ball. However, under pressure from a defender, he could only offer a shot which the keeper managed to save to his left. At the other end Trafford had threatened nothing but came very close to the opener when Palma’s in-swinging free kick from the right clipped the crossbar with the possible help of United stopper Brett Souter.

It soon looked to be advantage Ossett as the red card made its first appearance. Salmon lunged recklessly at Knowles for a second time as the caretaker boss attempted to make a clearance and he was given his marching orders as a result.

They were close to making the most of the extra man as Dylan Cogill headed a Basic corner against the base of the post, but instead it was Trafford who took the lead against the run of play, and indeed the run of the entire match.

Ossett gave away possession in midfield and Jake Kenny flicked the ball over the top for Palma down the right. He cut inside and, with the help of a deflection, found the corner.

The visitors had 13 minutes left to rescue the game but, after Greaves had hit the side netting with a difficult chance, Gregory was shown a second yellow card for taking out substitute Jordan Johnson on the edge of the box and Trafford held out for the win.