A slow start saw Ossett United slip to defeat at Runcorn Linnets as two goals in the first 15 minutes gave them too much to do away from home.

Paul Shanley and Ally Brown both netted in the opening stages of the game for Runcorn, who are fighting for a play-off place, to leave Ossett in trouble.

Only with six minutes left, at which point they were a man down following Brodie Litchfield’s dismissal, did they pull a goal back through Jack Stockdill, but it came too late for United, who remain five points above the BetVictor Northern Premier N/West Division relegation place.

Manager Wayne Benn admitted: “The first half was embarrassing. We were second-best all over the pitch, ill-disciplined, not working hard enough, not pressing well enough, playing too deep. We were lucky to be 2-0 down at half-time.

“We said a few things at half-time and in fairness to the lads they’ve come out and made a game of it.

“They probably played better with 10 men than they did with 11, we got a goal and we made it a nervy last five or 10 minutes for them. If we’d maybe got that goal a bit earlier, who knows?”

It was nonetheless a largely dominant performance by Runcorn, who were up and running inside just three minutes as James Knowles’ clearance was sent straight back over the top and Shanley ran onto the ball to finish.

The home side turned down several other openings for more goals before doubling their lead, with Shanley heavily involved again. He got on the end of a through ball, beat his man and saw his shot denied by goalkeeper Brett Souter, but the ball ran across goal for Ally Brown to tap in at the back post.

Only a last-ditch Dylan Cogill challenge prevented a third goal after Connor McCarthy was found in behind, and Souter made a top save to keep out Aley’s header.

There were few chances for either side in the early stages of the second half as Ossett did enough to just about stay in the game, until their hopes looked to be gone when they were reduced to 10 men in the 69th minute.

Ryan Gibson broke from inside his own half and outpaced the covering players to start a sprint towards goal, only to get a touch in the back by Litchfield as he neared the penalty box. Despite the apparent presence of a covering defender in Jake Maltby, the officials showed the substitute a red card.

Far from spelling the end of the contest, the incident seemed to fire United into action. Once they had seen the resulting free kick from Louis Corrigan hit the bar they started to fashion their own chances, with Basic misfiring one effort wide and Nick Guest having a strike blocked.

In the 84th minute they found a lifeline, with a defender’s complete miscue allowing Cogill’s cross to find Stockdill in the area with time and space to take a clever touch before finishing past Danny Taberner. 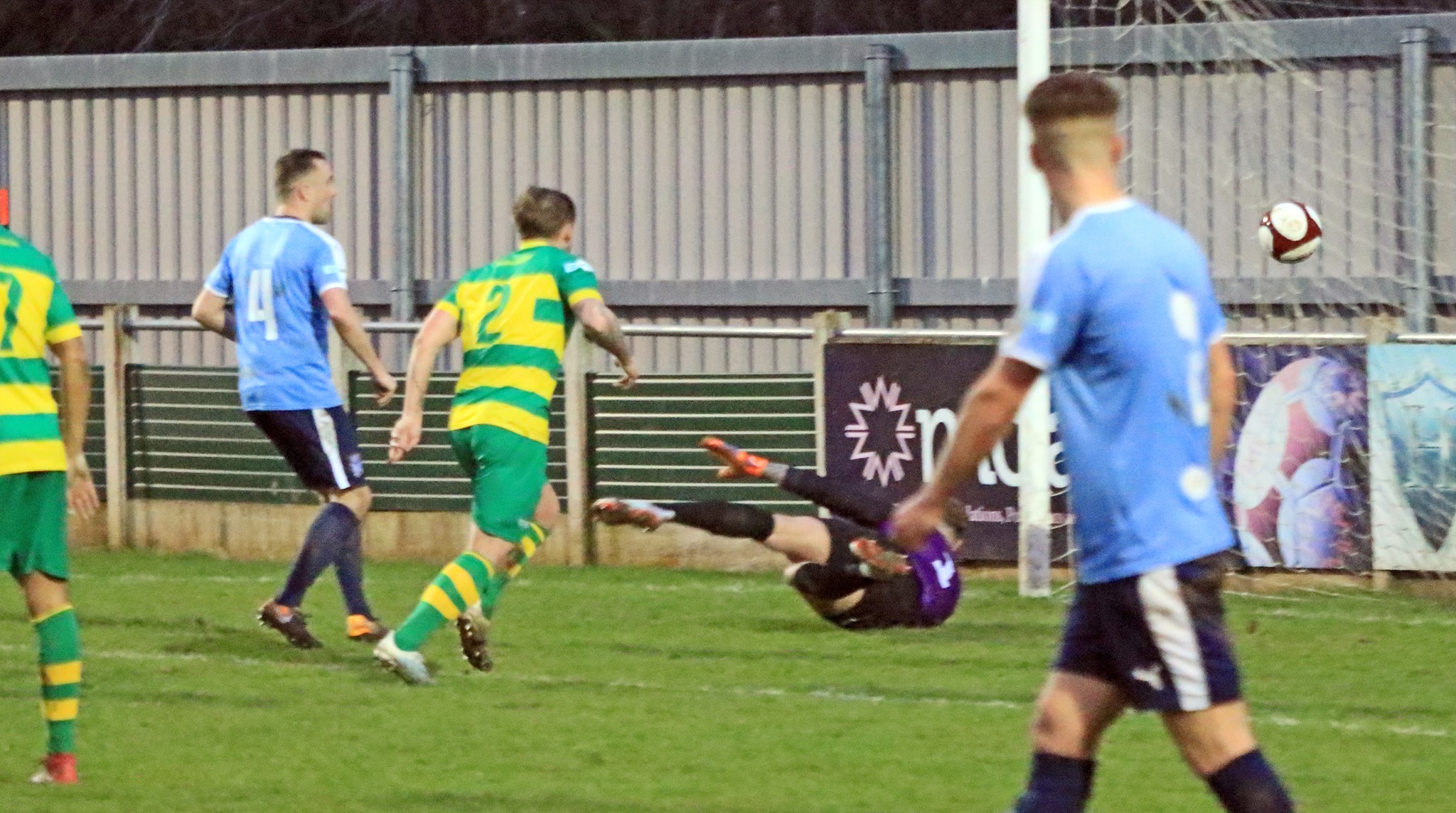 There was a final flurry as Ossett looked to throw everything they had at the opposition, but ultimately it was too little and too late.

Ossett return to action this Saturday (kick-off 3pm) at home to Marine, in what is set to be their only fixture at Ingfield in February.