Despite their hosts winning four out of four at the Global Stadium heading into the game, United produced an improved performance to secure their first point on the road this season.

Alex McQuade’s first goal of the campaign had them on course for all three at one stage in the second half, but Ioan Evans’ quick response ensured the spoils were shared from a game Ossett manager Andy Welsh felt they could have got more from.

“Tadcaster have been on a fantastic run, they’re second in the league, and you can see they are a hard-working side,” he said.

“I thought we really imposed ourselves on the game. Their defender, that last-ditch tackle for Guesty (Nick Guest) having a tap in, if he doesn’t touch that it’s possibly one of the goals of the season for the build-up play.

“(It’s) really, really positive. Credit to the lads. Probably the biggest disappointment is again coming away from a game where we should have had two stonewall penalties.

“I was delighted with the application, result-wise I thought we deserved more if I’m honest.”

Ossett made the brighter start but it was Tadcaster who had the first big chance of the game, as goalkeeper Jacob Chapman made a fantastic save to tip Kevin Santos’ effort over the bar.

Thomas Clare, making his United debut up front on loan from Boston United, struck wide under pressure in the first chance to come his way.

The visitors had a strong penalty shout when Guest looked to have been brought down in the 34th minute, but the referee waved away United protests.

Corey Gregory then went close with a low strike from the edge of the box as the sides went into half-time scoreless.

Clare was denied by goalkeeper Ingham early in the second half before Albion had the closest chance yet as Donald Chimalilo smashed the post.

The deadlock was broken just before the hour mark. Gregory’s corner wasn’t fully cleared and the ball found McQuade to hook it into the back of the net from close range.

However, that lead lasted only five minutes as Alex Wiles pulled the ball back and Evans bundled home from close range for a quick Taddy response.

Guest went close from the restart and Ossett had a big chance on the break but a brilliant challenge denied them a sight of goal, while Santos curled wide at the other.

Wiles and Santos were then denied in injury time as United took home a point which keeps them in 17th place in the Northern Premier N/West Division table. 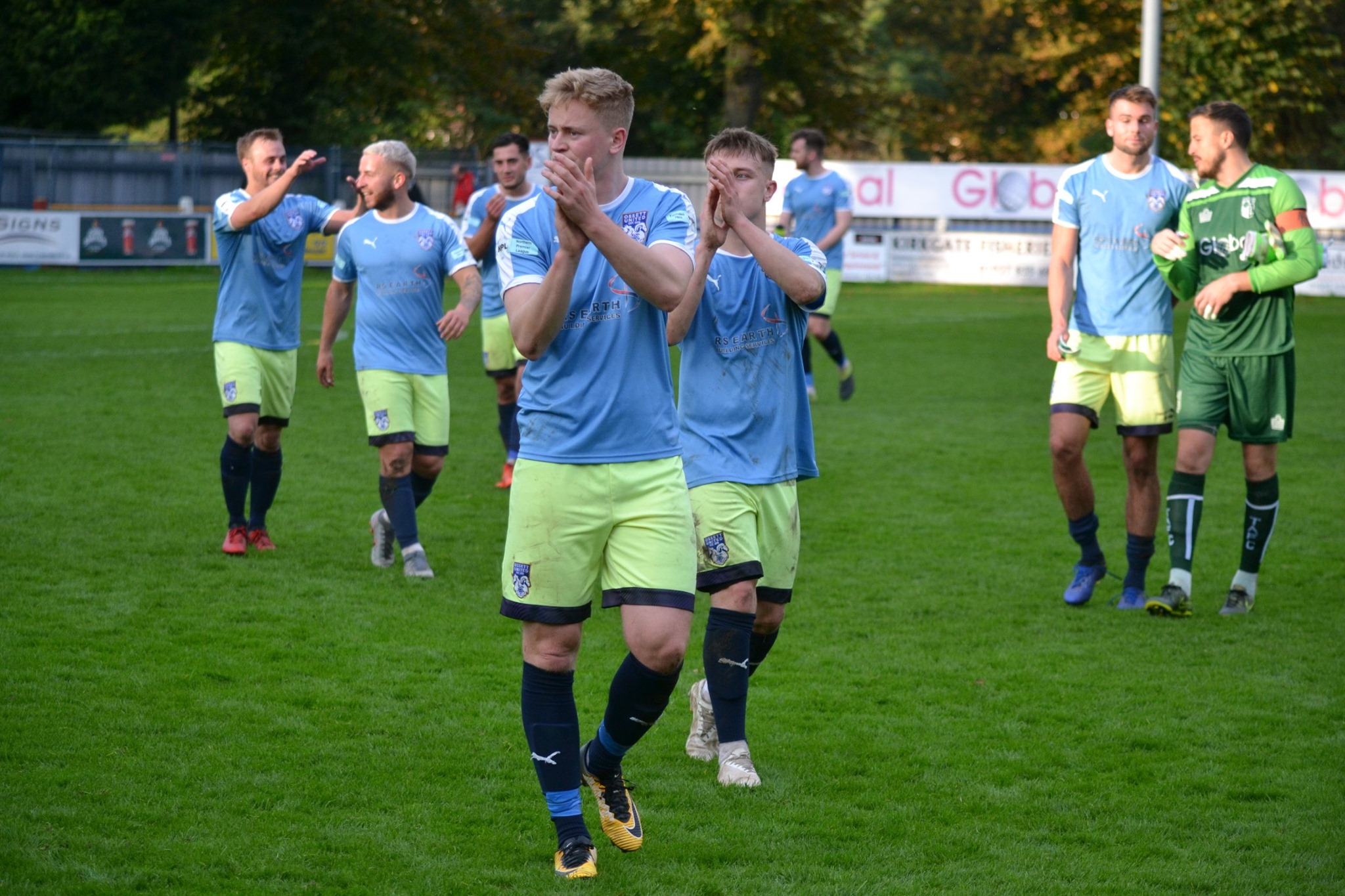 They will return to home comforts for the first time since the start of the month on Saturday when Widnes travel to Ingfield (kick-off 3pm).