A slow start cost Ossett United dearly as promotion-chasing Marine took full advantage to get on their way to a 3-0 victory.

On a very windy day on the Merseyside coast, the hosts scored twice in the first eight minutes to leave Ossett with a mountain to climb.

They recovered to make a game of it and were unfortunate not to score themselves, before the result was sealed in the final 10 minutes as Marine added a third and Jack Stockdill was dismissed.

Manager Wayne Benn reflected: “The start has killed us yet again, just like last week. We were 1-0 down inside three minutes against Workington and gave ourselves a mountain to climb, and this time we’re 2-0 down. You can’t do it.

“All of the talk was about making a good start, staying in the game, being compact, and the game plan went out of the window after five minutes. You can’t do that against any team, let alone teams pushing for promotion.

“They were left in no doubt that was unacceptable, and in the second half we improved a little bit. There was a bit more spirit and a bit more fight.”

It took only three minutes for Marine to break the deadlock. George Newell was left free to make a run towards the near post from a corner and he connected sweetly with Craig Lindfield’s delivery to find the bottom corner.

With Ossett under huge pressure, Newell had two other chances before scoring his second when again he beat the defender to get to a cross and finish.

Goalkeeper Brett Souter was by far the busiest United player in the game, and he made saves to deny first Lindfield after Josh Soloman-Davies had weaved his way into the box, and then Newell looking for his hat-trick. 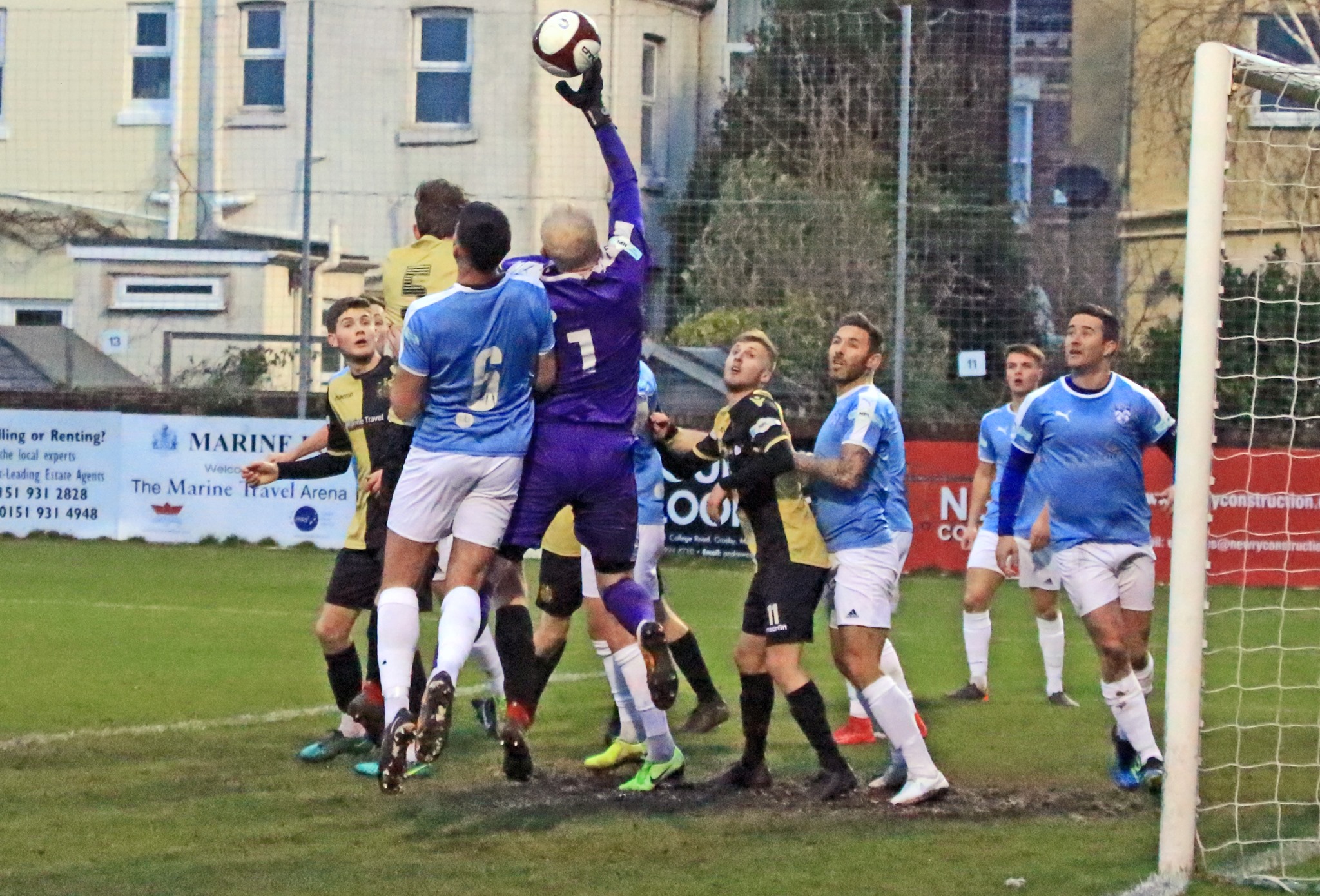 Ossett’s first chance of the game came through Marko Basic, who made something out of nothing when he strode through midfield, tried his luck from distance and smacked the post with the goalkeeper motionless.

Souter was at the centre of things to keep the score at 2-0 at the break, denying James Barrigan following a counter, a curling effort from George Hassall, Lindfield and Jordan Lussey strikes, and Hassall again in the final moments of the half.

He was in action again at the start of the second to deny Solomon-Davies, before Ossett started to impose themselves on the match and craft some chances of their own.

Skipper James Knowles saw his far-post header from a corner cleared off the line by Kenny Strickland, before Mariners goalkeeper Shamal George made a great save to tip a strike onto the crossbar. 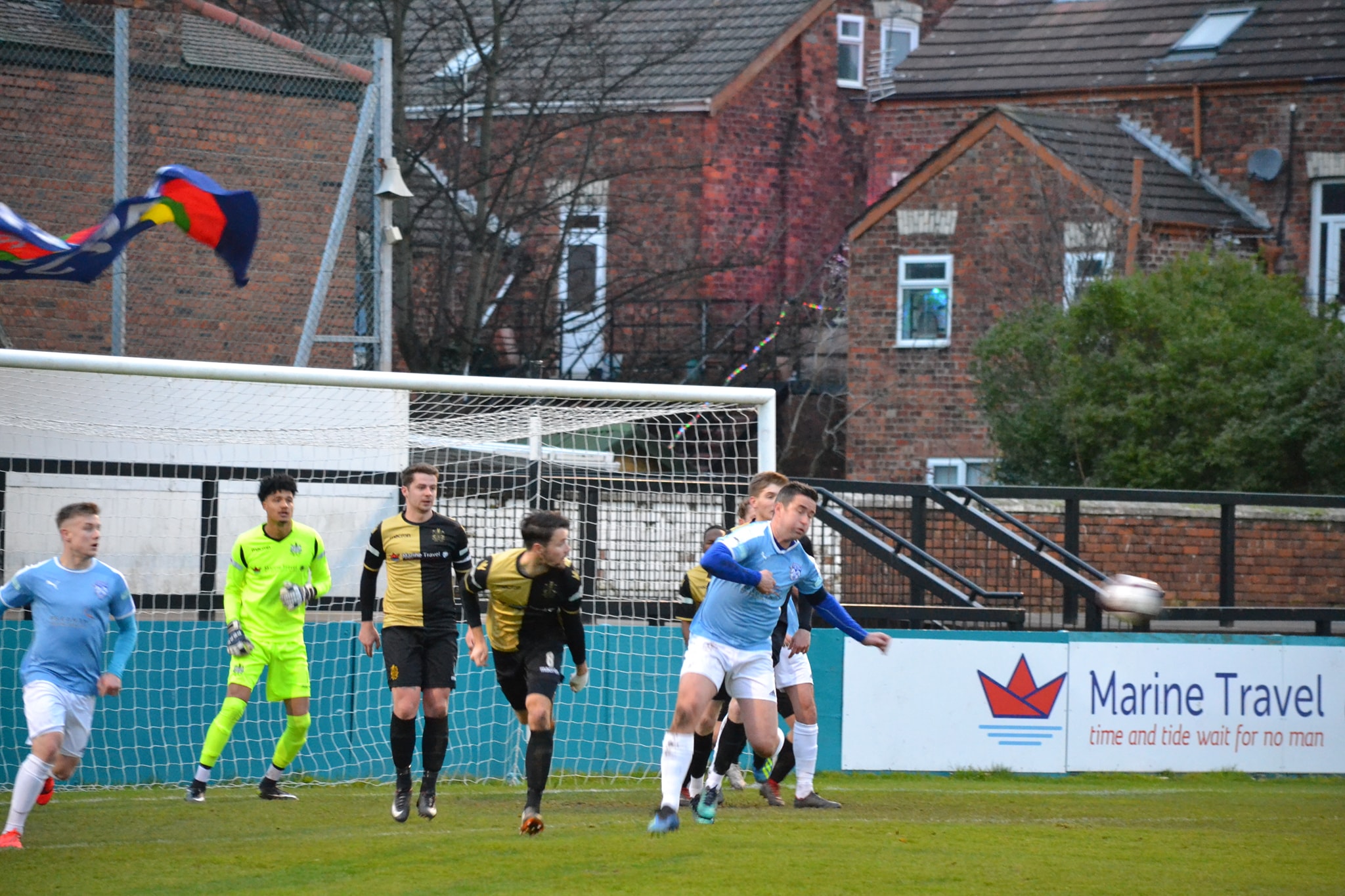 George then clawed away a Basic free-kick, and a scramble ensued from the resulting corner which saw the keeper deny Ossett on the line again.

Aaron Haswell also headed wide for the visitors before Marine secured the win, against the run of play, with nine minutes to go. A good through ball played Solomon-Davies in behind and he beat Souter.

There was still time for things to get worse for United as Stockdill received two late bookings to see his side finish with 10 men.