We may be into the second week of lockdown two but that hasn’t stopped Wayne Benn in his pursuit of strengthening the Ossett United squad and that is exactly when he has done with the signing of Jack Dyche from Pitching In NPL Premier Division side Hyde United.

Wayne Benn: “We are really pleased to confirm Jack’s signing, he is a great addition to the squad, we are very much looking forward to working with him”.

“It is never easy to persuade players to drop down a level, but he has done his homework about the management team and the club in general and clearly feels that this is an environment he can thrive in. He’s proven himself at higher levels than ours and in that respect we are lucky to have him”.

“In difficult times this is really positive news for everyone connected to the football club and I’m sure when we return from lockdown Jack will be given a warm welcome by all”.

On signing for the club Dyche says “Ossett is a good club with a good set up and a team that don’t deserve to be where they are in the table, I’d like to help them achieve a league position they deserve”.

"I’m an attack minded player who is comfortable with both feet, I have a good pace about me and like to get in behind the oppositions back line. I’m good in the air and can be a physical presence".

As a youngster he played for Leeds United before continuing his youth career at Scunthorpe United where he earned a professional contract. “I’m a life long Leeds fan so being there was much more than just a game of football and they really helped me develop as a youngster while at Scunthorpe I continued to learn about the game and added multiple positions to my game during my time there”.

“I feel I am young enough and certainly hungry enough to really push myself as far as I can in the game and play as high as possible as well as completing more coaching badges as I believe it is a great option to have as I get older”.

It will unfortunately be some weeks before Dyche is seen in an Ossett United squad with no news yet as to when football will return, while that happens Dyche says he keeps on top of his fitness everyday with long distance jogs, bike rides and walks with the dogs “every day I am doing something to keep myself ticking over”.

Jack finishes with a word for the Ossett United supporters “I am really looking forward to getting started and playing again. I have heard nothing but good things about the fans and I aim to give them, the staff and my new teammates 100% every game”.

I’m really looking forward to getting started and playing again. I’ve heard nothing but good things about the fans and I aim to give them, the staff and my Teammates 100% every game! 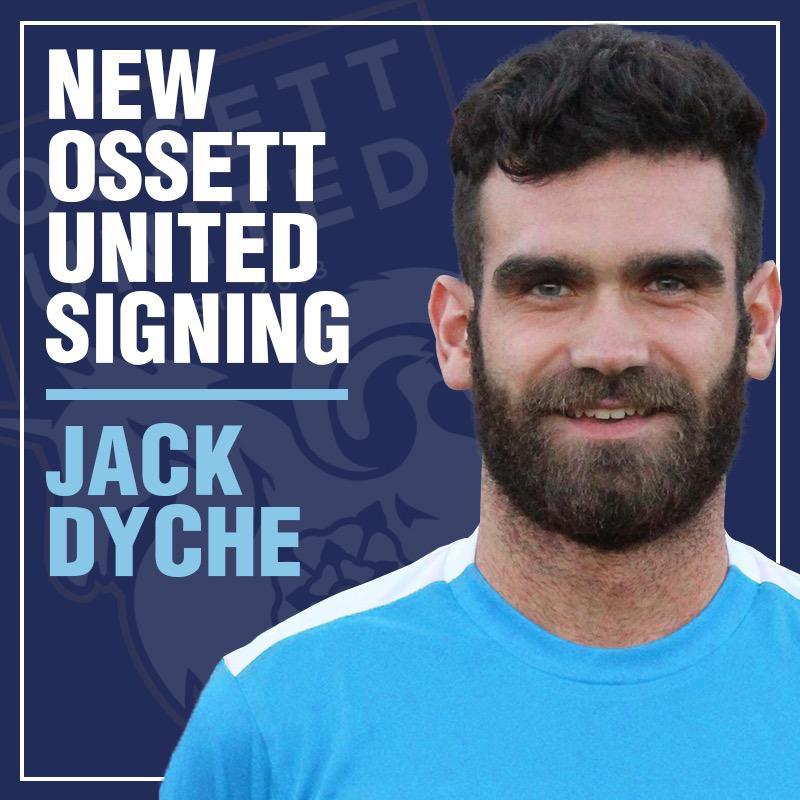