Ryan Hampson glanced in a header three minutes from time to earn Ossett United their first league win of the season at the fifth attempt.

It looked like the wait for their first three points of the Northern Premier N/West Division campaign would go on when Elliott Harrison had a strike ruled out for handball with 10 minutes to go.

However, full-back Hampson got himself in the right place to get the only goal of a game in which United had largely dominated, over a quiet Pickering side whose only real chance came with a penalty that Ryan Blott skied.

Ossett were on top in the early stages with Chris Chantler striking wide and Tom Greaves clipping the crossbar with a header, before the visitors were handed the chance to lead against the run of play. Matty Turnbull went to ground after a push from James Knowles at a Pickering corner and the referee had no hesitation in pointing to the penalty spot, but Blott could only lift his effort over the bar from 12 yards.

Nick Guest came close to firing United ahead just before the break but his effort, after goalkeeper Harrison Foulkes had half-cleared a dangerous Corey Gregory corner, was cleared off the line by Joel Dixon. 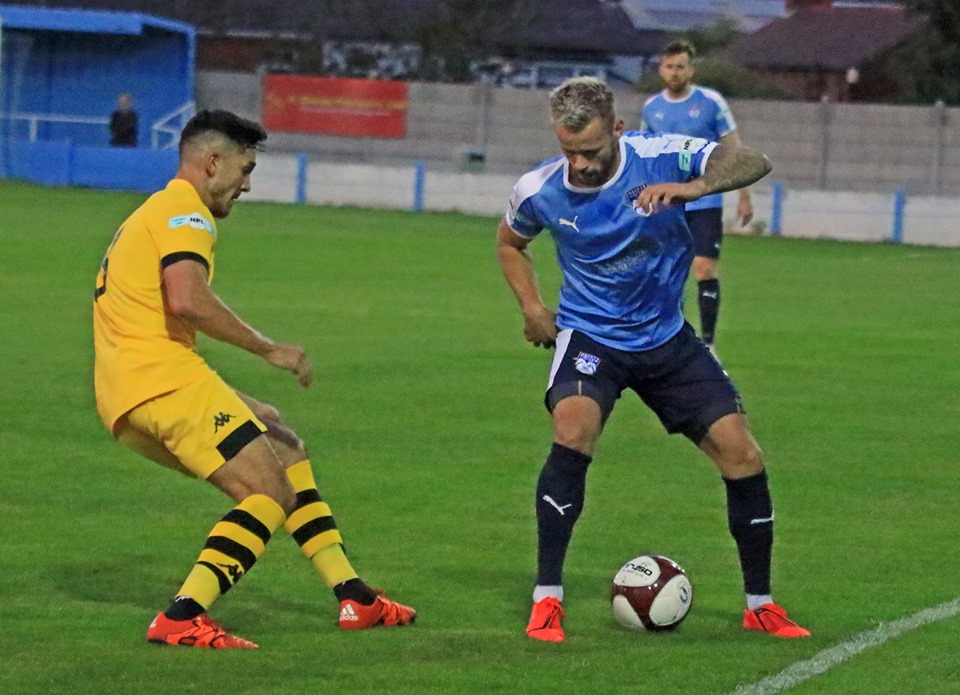 Gregory volleyed the only chance of a quiet start to the second half straight at the keeper, before Ossett began to really put on pressure in the final half hour of the match.

A Greaves half-volley was punched behind after Chantler’s ball into the box, and from the resulting corner Knowles headed wide at the back post, before Flynn McNaughton put a big chance wide at the other end after Brett Souter had parried a stinging shot by Michael Hollingsworth.

Luke Porritt was denied from a wide angle and another dangerous corner had to be cleared off the line as Ossett stepped up the pressure. When Harrison smashed in, after previous efforts from Andy Ijiwole and Greaves had been denied, only for the referee to rule the goal out for a handball, it looked like their efforts would not be rewarded. 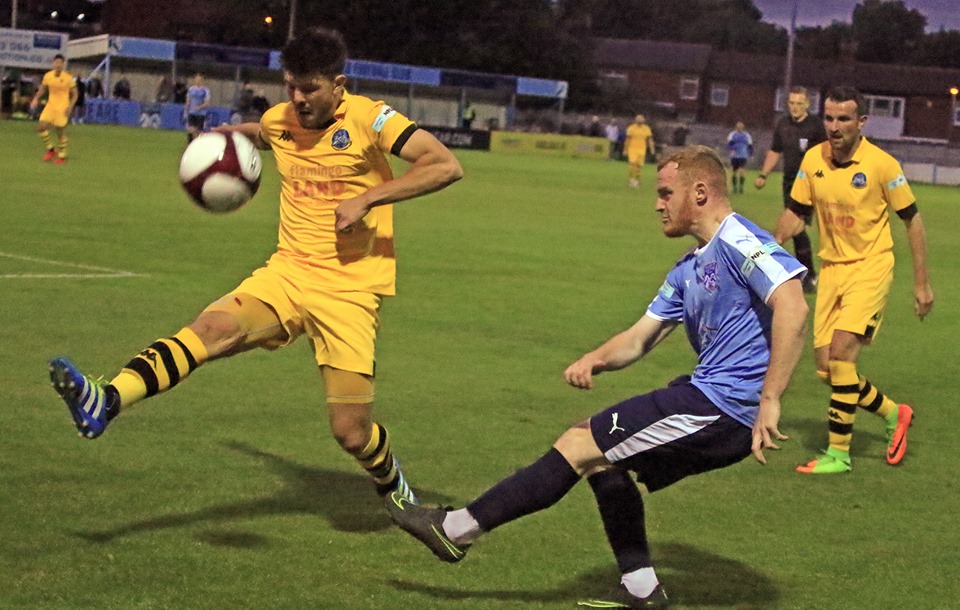 However, Hampson stepped up to be the hero as he managed to find space in a busy penalty area to flick Alex McQuade’s cross into the net and get United’s season up and running.

Ossett’s next assignment comes in the FA Cup first qualifying round on Saturday at Thornaby, before returning to league action with a Wednesday night trip to Widnes.