Whilst we wait patiently for football to start again, with an excellent opportunity to watch the games live online before fans are allowed back into the grounds, we continue to introduce some of the new faces at Ingfield. Here’s Cameron Clark, former Hemsworth captain and a lad with a bright future, let’s hope long-term with the Sheepicorns!

Cam, can you tell us a bit about your road to Ossett United? Where has your football career taken you so far?

I was with Hemsworth u19s before Benno called me up to the first team. In total, I spent five seasons there. I then got injured and went to Athersley Rec. After Athersley I signed for Belper Town, where I spent the last two seasons.

Belper has to be one of my favourite grounds but it’s a bit of a trek from Yorkshire. What made you move down there?

Yeah, it’s great setup and club there. I was wanting to make the step up to NPL and got a couple of offers. Once I met up and spoke with Blacky I knew straight away it was a good fit. There was a fair few of us travelling down from up our way so that made the travelling a lot easier.

And what persuaded you to come to Ingfield?

I know the management and a few of the lads which always helps. The gaffer sold it to me with the plans he had in place, added to what I already knew about the club. It’s also a new league, so different challenges. Less travel time is also an added bonus.

What’s your most memorable football moment so far?

Promotion with Hemsworth with a lot lads I grew up with was class, either that or playing at Notts County in the 4th Qualifying round of the FA Cup for Belper. Just over 1,700 away fans made it a special day and atmosphere! (I don’t mention it much though…..ask Nash!!)

Are there any games you’d prefer to forget and why?

Playing for Belper at home to Ossett funnily enough. I got booked early on after my first tackle, then got a warning for my second tackle, then got dragged off after only 11 minutes! I must have given the ref some serious grief in a previous game; he definitely had it in for me!

What do you do outside of football?

If I’m not watching football I like to get out walking or spend time with the family. It might sound boring to some but you can’t beat it.

That’s not boring at all, Cam. It’s how most of us have spent this year! Do you have any funny or daft football stories?

There are too many to mention and I don’t think they would be suitable for social media ????

And just a few quickfire questions to finish off. Can you remember the first game you went to?

I think it was Barnsley away to Man City in the League Cup in 2004. Not the best result!

And the last one (not counting Ossett United)

West Ham away to Sheff United last season. I don’t see many wins it seems…….

Who is your favourite footballer?

Ayia Napa or Dominican Republic are two that stand out

When we can travel again, where is the first place you want to go and who with?

Benidorm for an end of season do (or New Zealand!)

What would be your walk-on tune?

What’s the best thing about Ossett....

How welcoming everyone has been, from the lads to the staff, volunteers and all the fans.

Any final message for the fans?

I hope everyone is keeping safe and look forward to seeing you all soon (hopefully). Stick with us, we’ll soon be flying up the league!

When football returns we’re sure Cameron will emulate his favourite tipple – made in Scotland from girders! Thanks for your time, Cam, and come on you Blues! 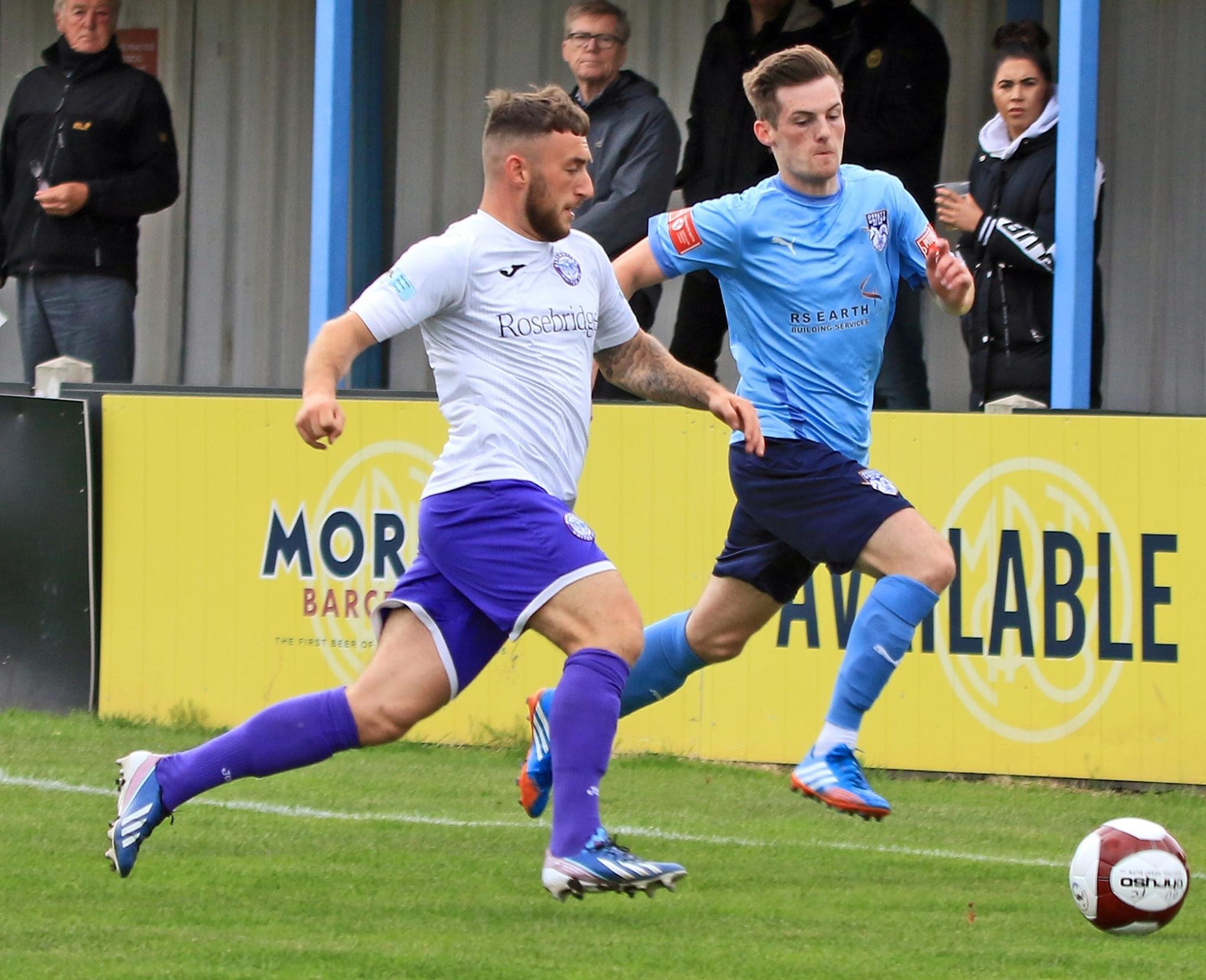