Ossett United got 2020 off to the perfect start with a 4-0 hammering of local rivals Brighouse Town on New Years’ Day.

Wayne Benn’s side produced a superb display to earn only their third win of the season, and a first away from home, started by a stunning Tom Greaves volley just before half-time.

United let rip after the break, with Marko Basic adding a second and Luke Porritt scoring directly from a corner before Jack Stockdill headed in a late fourth. 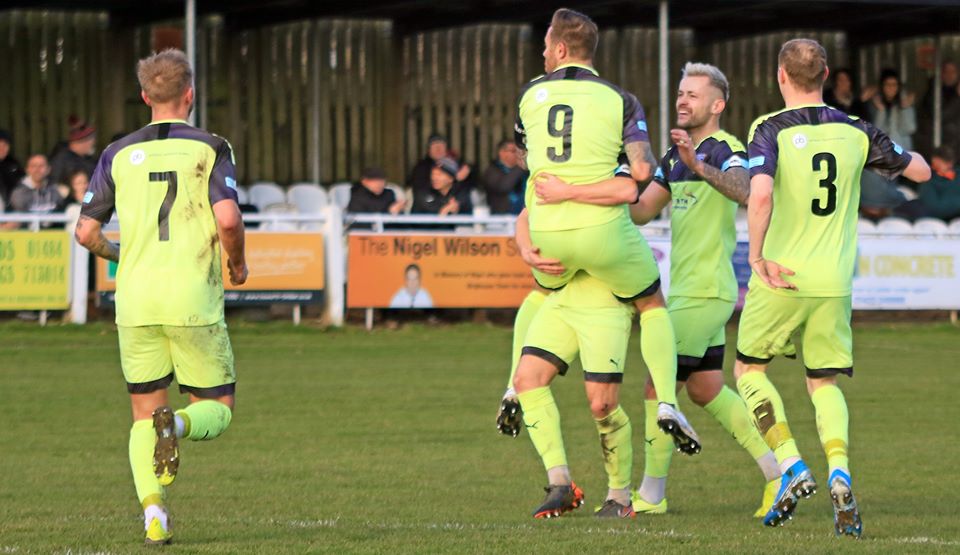 Benn said: “I’m delighted with the performance. That’s what we expect every week: that work ethic, that desire to win headers, to win tackles, to run harder than the opposition. I think we did all of that today. The win is fully deserved and doesn’t flatter us in any way.

“That win is for the supporters because they’ve had to watch some poor performances of late. That today is a lot closer to how I envisage my Ossett United playing.

“As much as we’re happy with the goals that we’ve scored, to keep a clean sheet is huge. It can only do wonders for their confidence.”

Brighouse had the first couple of chances in the game but couldn’t hit the target, allowing Ossett to push forward with scoring opportunities of their own in a stop-start first-half.

Porritt struck an effort narrowly wide and Brodie Litchfield aimed over after good work from Basic and Ross Hardaker, before a moment of magic broke the deadlock at the end of the half.

Elliott Harrison started things off with a perfectly-timed sliding tackle and Porritt combined with Basic before sending in a cross. Greaves took a few steps back to give himself space and he seemed to have all the time in the world to prepare to hit the sweetest of volleys from 12 yards out, right into the top corner.

Ossett came out with confidence flowing after the break, doubling their lead just past the hour mark. Greaves crossed from the right and Basic smartly turned round his man on the edge of the box before firing home.

Eight minutes later, the points looked safe as Porritt’s left-footed corner somehow eluded everybody at the near post to go straight into the net.

The final flourish came with four minutes left on the clock as substitute Stockdill powered a Jake Maltby cross past the helpless goalkeeper. Man of the Match: Dylan Cogill