In sweltering conditions at Ingfield, his goals – the first a highly controversial finish after handballing in the area and the second a strike on the counter – kept United winless so far in their Northern Premier N/West Division campaign.

Andy Monkhouse halved the deficit soon after Brighouse’s second goal to put Ossett back in the contest but they couldn’t find an equaliser in the final half hour. 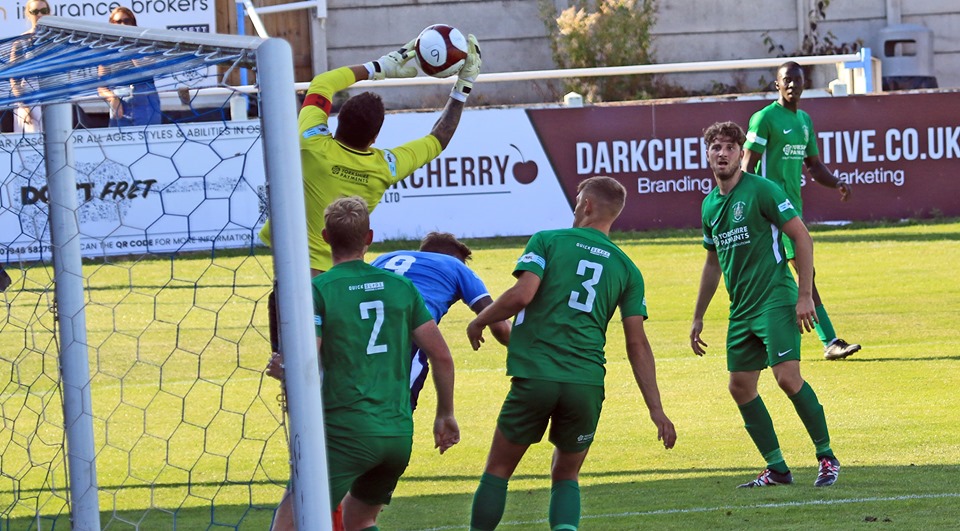 It was a second game in three days for both sides and, combined with the heat, it made for a low-tempo game, with few chances in a very even first 45 minutes.

Tom Greaves and Corey Gregory had early snap shots over the bar and Andy Ijiwole curled an effort just round the past after a one-two with Monkhouse. 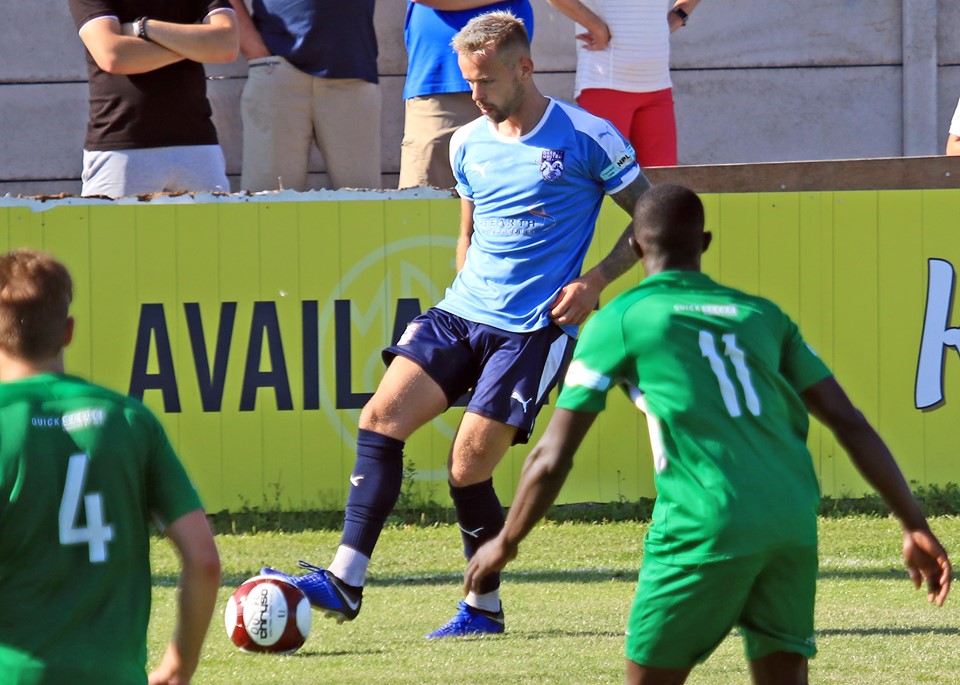 Goalkeeper Brett Souter was called into action at the other end to deny Church and Finn Donovan then had a shot deflected, with Church heading the wrong side of the post from the resulting corner.

Connor Griffin made a great challenge to prevent Damian Reeves from scoring for Ossett, at the expense of an injury which forced the defender off the field.

Souter had to deny Church again while United’s Nick Guest headed over an awkward cross, and it looked set to go into the break goalless until the turning point of the match came on the stroke of half-time. 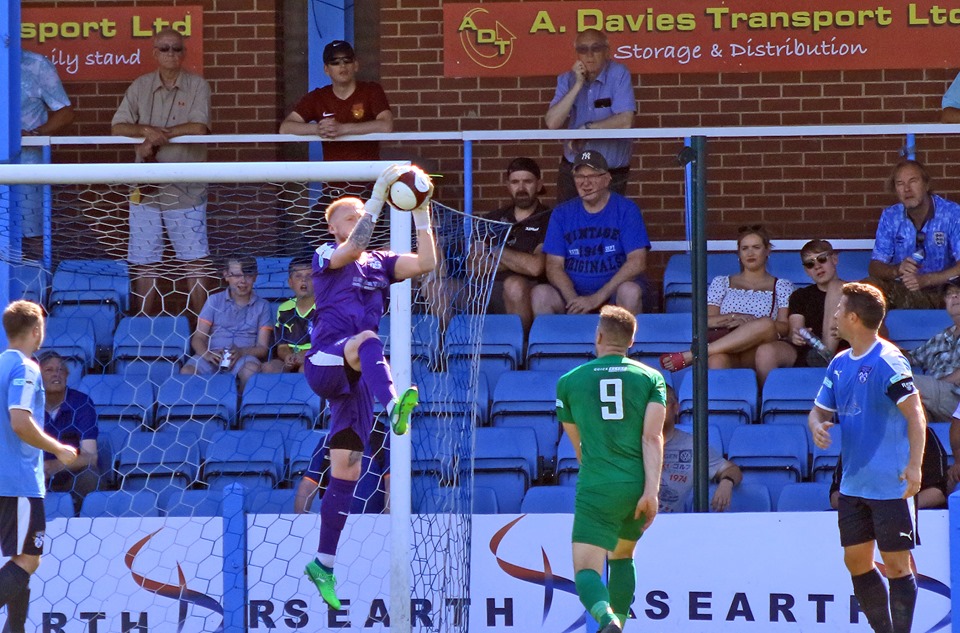 Donovan flicked an Ousman Cham cross back into the danger area and Church volleyed the ball past Souter, but only with the help of his hand to control the ball. The officials didn’t spot the offence though, and Brighouse had the lead.

Church headed wide from a Cham cross in the only chance early in the second half, before making it 2-0 on the hour mark.

Greaves had a close-range effort blocked by Brighouse keeper Jordan Porter, and moments later a long ball found Church over the top and he finished well into the far corner.

He almost had a hat-trick soon after the restart but Souter came out on top after the striker had been given a free header.

Instead, Ossett scored their first league goal of the season as Ijiwole’s long-range effort was controlled by Monkhouse and the midfielder turned and smashed the ball beyond the reach of Porter. 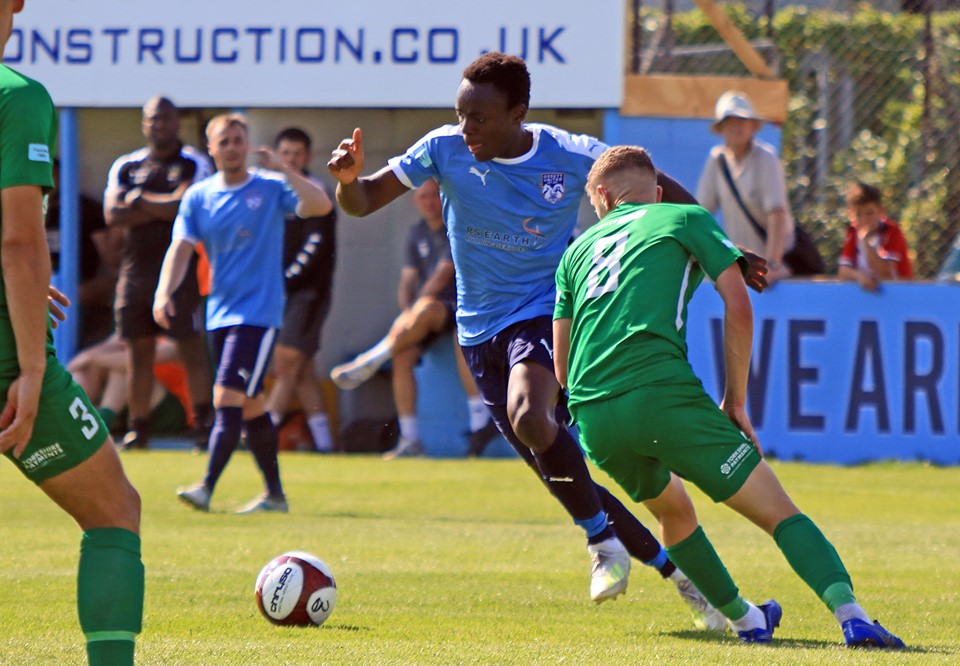 Huddersfield Town loanee Ijiwole was the most threatening player for Ossett as they looked for an equaliser but he couldn’t steer a header on target and later fizzed a strike just over the crossbar.

Brighouse still had a threat at the other end as Thomas Haigh curled a shot wide. Donovan fired a fired straight at Souter deep into injury time, just after Ossett’s last desperate effort which saw Greaves flick an overhead kick over the top.

There was also a late penalty shout for a handball, but Brighouse escaped to claim the three points.